For the first book in the Dragonlance Heroes series, The Legend of Huma, the story of the greatest knight in Krynn was told, and how he banished the Dragon-goddess Takhisis and saved the world. Now, in the third installment of the series, Michael Williams’ Weasel’s Luck, we have the tale of… some kid who’s primarily concerned with not being murdered.

Weasel, real name Galen Pathwarden, is not a hero, despite the name of the series. Also, there aren’t any Dragonlances in the book. Hell, there aren’t even any dragons. (There are a few lances.) Instead, Galen is conscripted by an evil wizard called the Scorpion to mess with a Solamnic knight named Bayard Brightblade, who also conscripts Galen to be his squire. The book is mainly about Galen being very bad at both jobs and complaining a lot.

Weasel’s Luck is a very strange book. It’s not a bad book… I don’t think. It’s frequently funny, with droll one-liners that wouldn’t feel out of place in a Terry Pratchitt novel. But there’s no urgency to any part of the book, even though the overarching plot for most of it is that Bayard needs to get to Castle di Caela to fight in a tournament, win the hand of Enid di Caela in marriage, and end the curse of the di Caelas according to a prophecy that Bayard found scrawled in the margins of some random tome.

You’d think the ticking clock of the tournament would give the plot some momentum, but Weasel’s Luck cares far less than Bayard does. My favorite example is a chapter where Bayard and Galen run into an ogre guarding a narrow pass who refuses to let them through. Bayard attempts to fight the ogre only to get smashed with a single blow. When Bayard tries again, he’s knocked unconscious for days. The ogre leaves for a while, but Bayard’s too wounded to be moved. When Bayard awakens, he decides that the ogre probably only appears at night as it’s weakened by sunlight. So Bayard has a 10-hour fight with this ogre, waiting for the sun to rise, which ends up doing absolutely nothing. It eventually turns out the ogre was controlled by the Scorpion, who’s been trying to prevent Bayard from arriving at the tourney on time. The villain is wildly successful in this.

G/O Media may get a commission

What does Galen do during this epic, dumb battle? Nothing. Much of the book consists of Galen hiding when Bayard is in trouble, or cowering when the Scorpion tries to get him to waylay the knight briefly. It is baffling that either Bayard or the Scorpion wants him around. Galen is a terrible squire (I think he helps Bayard put on his armor once in the entire book and is bad at it) and I also don’t know why the Scorpion has enlisted his help, because the Scorpion is an immensely powerful sorcerer who can possess ogres, turn goats into satyrs, and transform into different people and animals. Galen is nothing but a huge liability, but eventually, the wizard doesn’t even ask anything of him—he just pops by to threaten the boy and reveal his evil plan.

Speaking of threatening the boy, the book has a running subplot—well, it’s not a plot, if it were a plot, it would advance somewhere—about Galen’s older, dumber brother Alfric, who legitimately wants to murder Galen and gets very, very close at some points. Alfric keeps showing up out of nowhere for no narrative purpose, just to have yet another person who dislikes the main character and physically abuses him. It’s random and unnecessary, but at a certain point, there’s a dark humor in the repetition and relentlessness. I don’t know that this is intended, however.

By the end, however, Galen does manage to acquire a tiny bit of chivalric scruples and bravery—it helps that the Scorpion kidnaps Enid, so a damsel becomes distressed—for a final fight that feels straightforward, like the book has been softly straining against the rails of a typical zero-to-hero YA adventure, only to admit it’s locked into the ride for the final few chapters and gives up. But, inexplicably, Alfric is taken to the final fight, for no other reason than there’s still at least one unbelievably craven, cowardly character around to add… levity? I guess? It, like so much of this novel, is more odd than anything.

The more I write this, the more reasons I find to dislike Weasel’s Luck, and yet, somehow it kept me more interested than some of the other Dungeons & Dragons novels I’ve reread. That said, I’m not particularly enthused to check out the sequel, titled Galen Beknighted. I believe I’ve gotten my fill of Weasel, who rolls a 10. It’s not a particularly lucky number, but guess what? Along with no Heroes or Dragonlances, Weasel doesn’t really have any luck, either.

Want more io9 news? Check out when to expect the latest Marvel, Star Wars, and Star Trek releases, what’s next for the DC Universe on film and TV, and everything you need to know about the future of Doctor Who. 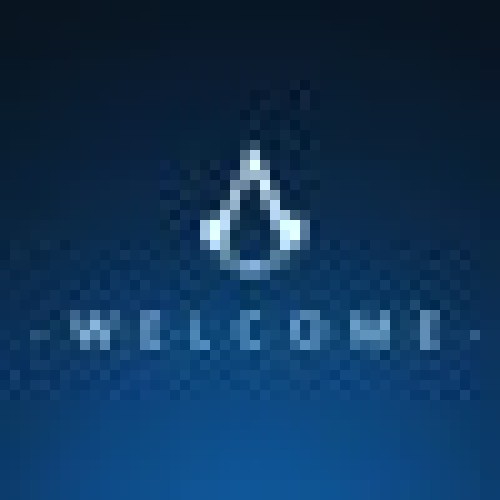